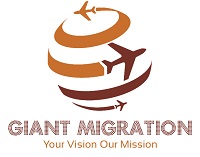 Are You In Need Of A Professional Immigration Consulting Companyin Dubai To Australia? ​Giant Migration ​Is Your Best Choice! We AreTested And Trusted By Over 100 Clients Across The Country. WeGuarantee You Of Obtaining Study Visa, Temporary And PermanentResidency Permit Swiftly. Get In Touch With Us Today!

Australia is a unique country, the territory occupied by the whole homonymous continent along with Tasmania and several islands in the Indian and Pacific Oceans. For thousands of years, the mysterious Great Southern Land, developed in isolation from the influence of the outside world, Terra Incognita has formed a fantastic world of flora and fauna. 20% of the species of the Australian fauna are endemic, that is, you will not meet them outside the lands of the Green Continent.

Australia is the home of the marsupial squad, and the well-known jumping symbol of the country, the handsome kangaroo proudly holds a shield on the country’s national emblem paired with a non-volatile, but incredibly fast “bird” emu.

Australia is impressive, amazing, attracts travelers, thrill-seekers, and extreme lovers to its distant shores. As part of tours to Australia, you will receive some of the best conditions on the Planet for surfing and diving, as well as exploring our lesser friends and the plant world.

When planning a tour to Australia, it is worth considering the climatic features of the country. Travel to Australia – a trip to the other side of the Planet, a trip to the country “upside-down.” The weather seasons, as the opposites of the “old world” suppose, have changed places – winter comes here in June, and summer starts in December.

Subtropical – South Australia (seasons stand out; in the Australian summer (December-February) the air temperature rises to 30 or more degrees Celsius, and in winter (June-August) it drops to an average of 10-15 degrees)

Our working principles are also unique, as we combine a customer - oriented approach and a scientific approach in evaluating and processing each case.

Request a Call Back